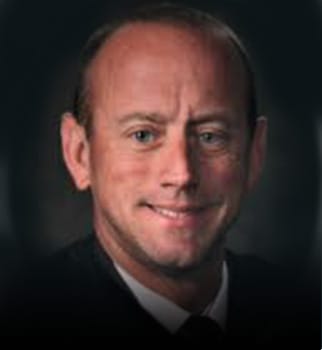 John Morris became an attorney only after working many years in the technology industry, and as a result brings well-practiced expertise to CyberTruth and one-of-a-kind in-depth knowledge of the cutting edge to Nashville Vanguard Law.

As the founder of both CyberTruth and Nashville Vanguard Law, John Morris has more than 30 years’ combined experience in the technology and legal industries.

He began his professional relationship with technology early when he joined the military in 1985, where he was trained in antenna propagation theory and tasked with making crucial calls to keep his team and other soldiers safe. He continues the protection of others today through his passion for digital forensics and criminal defense – most notably his work in 1983 civil rights violations and official misconduct. After leaving the military in 1991, John worked as a MSFT training director at New Horizons Computer Learning Centers for five years before moving to Microsoft to hone his talent in technology, holding numerous positions across his tenure and building a wide knowledge base from which to work. When he left Microsoft, it was to open Nashville Vanguard Law and, later, CyberTruth, allowing him to focus on working with those who needed his expertise most. In the early days of his own practice, John interned with the Public Defender’s Office of Nashville and Davidson County, and after two years he obtained his law license with the goal of providing a solid defense through technology. Whether it is acting as second chair to attorney teams without a foundation in digital forensics or getting down in the digital dirt himself, John believes that everyone has the right to a dedicated legal defense and that his years of experience bring a unique method to reach that goal.

Licensed to practice in the Tennessee state courts, admitted to practice in the Middle District Tennessee Federal Court, pending admission to Eastern District Tennessee Federal Court, as well as admitted Pro Hac Vice to the Southern District of New York Federal Court, John is a current member of the Tennessee Bar Association (TBA), Tennessee Association of Criminal Defense Lawyers (TACDL), Tennessee Trial Lawyers Association (TTLA), and American Society of Digital Forensics and eDiscovery. He regularly receives work through these groups as well as taking on direct inquiries for his services. Depending on the case, John serves as a forensic expert with years of experience in finding digital evidence others have tried to hide, an expert witness able to reinforce or disprove forensic practices and results, an assisting attorney for lead attorneys in need of a technology-oriented second chair, or as a provider of eDiscovery for small and midsized firms otherwise unable budget for such services. Whatever your technology needs, John Morris has made a career out of finding the truth. 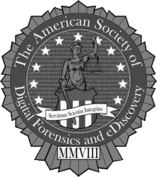